Fool me once, shame on Lytro, fool me twice? 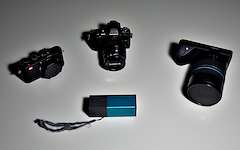 I like photography, I like technology, and I like the intersection of the two. When California-based Lytro released their first-generation camera (the first consumer-targeted light-field capturing camera), I was well within their target demographic. The camera, based on the work of their founder's recent doctoral work, offered to revolutionize digital photography. As if there were any doubt about fools and money, I quickly placed an order and a shiny, pretty, Lytro camera was on its way to me some while later. In short, the first generation Lytro was a disappointment. It had poor dynamic range, which coupled with its absent manual exposure controls, made exposure frustrating. The images it took were soft, even when accounting for its low one-megapixel effective 2D resolution. Despite is small size and weight, it's distinct shape and poor LCD made it hard to compose and capture images. I was fond of the square image format.

I did not like the first generation Lytro, and capturing images with it was frustrating. Even the odd good capture did not fill me with joy, as it felt like the result would have been even better with any of several other cameras available. It's with this history that I found myself excited by the announcement of the Lytro Illum [sic*] camera three years later.

The Lytro Illum model looks much more normal. On paper, it is still a difficult camera to rationalize. Its two-dimensional resolution is only 4MP—in a market where the ticket to entry is 16MP. 4MP puts it on par with the 2001 Canon EOS 1D and twice that of earlier Kodak and Nikon pro cameras. In order to get this 4MP resolution, though, it needs to be backed by a 40MP sensor behind its plenoptic array, to capture 40-million rays of light. This makes the sensor similar to the Nokia 808 Pureview in both physical size and resolution. Reasoning this would put the quality of the output on par with that of the EOS 1D—improvements in sensor technology counteracting the reduction in sensor size—I put in my order once more.

After some shipping delays and a short run-around with customer support, I finally received my camera. Thinking about how to characterize the camera, I came to two observations in short order: 1) the camera is a lot bigger than I'd thought, and 2) it's hard to characterize.

Many of the blurbs around the Web refer to the Lytro Illum camera in ways equating it with a DSLR. Unfortunately, they don't quite explain how so, other than it's more normal than the first generation model. The Illum variant is a mirrorless camera with a fixed lens, making it much more like any of numerous digital bridge cameras over the years. The lens itself is huge, allowing for the constant f/2.0 aperture. There's no diaphragm in the lens—pseudo-apertures are controlled mathematically in post—but the 1/4000s shutter speed helps with appropriate exposure (a neutral-density filter is also included if you find yourself shooting in very bright light). 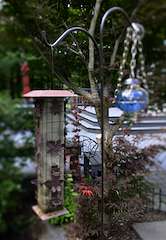 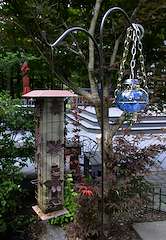 The selling point of the Lytro cameras are their ability to re-focus after shooting. This happens by mathematically repositioning the camera sensor and resizing the aperture. Yes, this actually works, but it sacrifices 10% of the sensor's resolution, basically reallocating it for depth resolution. The photos below attest to this fact. Above, in the garden picture, we see the artificial aperture created by integrating. (Math is neat.) 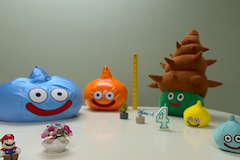 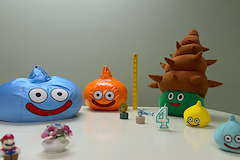 This is really cool if you find it cool, and by hooking your computer up to your 3D TV, the Lytro software can act as a modern 3D equivalent of the slide projector used to torment friends and families with snaps from the family vacation. Maybe it is being unfair to the camera and to Lytro, but we want to assess how good or useful the camera is as an imaging device.

The camera itself is not the first I'd choose in most situations. It is bigger than the OM-D E-M5, lacks environmental sealing, and lacks its resolving power and dynamic range. The OM-D E-M5 also has image stabilization and lower sensor noise, all for around the same price point after adding a decent lens. (The Lytro Illum camera has an increased equivalent zoom range than you're likely to find with a good Micro Four Thirds lens.)

Normally when reviewing digital cameras, there are two aspects we consider. The most obvious is the output: the dynamic range and resolution. The second is how well the camera handles: its physical handling and its user interface. The Lytro Illum, unlike the first generation Lytro camera, excels in these. The camera despite its size handles quite well—although my thumb has a couple times slipped onto the touchscreen sending the camera into "play" mode—and naturally lends itself to being used like any camera with a waist-level viewfinder. Unlike its predecessor, it has a standard tripod screw. It supports full-time manual zoom and focus, both of which are electric allowing you to toggle whether clockwise zooms in or out. It has four buttons which can be reprogrammed for different settings, and it's got two dials to control ISO, shutter, and exposure (remember that aperture is fixed) depending on the camera mode. The camera feels like it was designed by photographers. It reminds me of when we reviewed the OM-D E-M5, but simpler.

With Lytro, however, we have another aspect with which we need to contend. It's more complex to take the raw data from a penoptic camera like those from Lytro and convert it into a two dimensional photo, and there has not been a lot of demand for similar software. While adding another two-dimensional raw format to most camera software is pretty straight forward—read in new format, demosaic, get regular RGB (LAB, etc) image data—making the most of Lytro's files require a custom, new step to transform the image to an appropriate focal point, tilt, shift, and aperture. Not only that, but to make this feel natural, the software itself needs to be able to do this just as readily as perform an unsharp mask. That means existing photo software needs to be overhauled to properly support the data stored in a light-field file like those from Lytro's cameras.

That's unfortunate, and it means anyone considering the Lytro Illum in a professonal capacity would need to also consider the limitations of the first-party software. It's a lot better than what was released with the first generation camera, and that's where the compliments end. Neither the camera nor the desktop software make it easy to do white balancing (you can neither store a custom setting on the camera nor pick a white point in post). The tilt-shift controls in the desktop software allow for great effect, but are awkward to use; and that's probably for the best as they can't be applied to an exported photo. 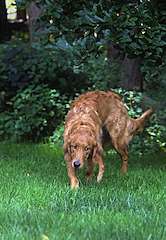 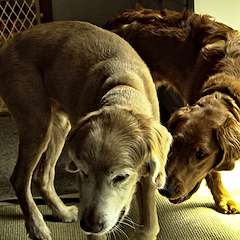 Can the Lytro Illum be used professionally? Sure, people used 2MP Kodak cameras professionally, people have covered wars with digital point and shots, and people use camera phones professionally for fine art. Mechanically and electronically, the Illum camera can perform just as well as any of those three in many situations—but in most cases, it will not be my first pick. I look forward to the light-field becoming an immersive format, but for now the camera is bulkier than I'd prefer for street photography, it's not sturdy enough to trust in adverse conditions, and frankly the image files still are too much trouble to work with for the quality they produce.

Lytro has produced a technically correct solution for refocusing images at the cost of absolute 2D resolution. Other companies have created visually similar post-exposure filters that approximate the effects that Lytro can generate by relying on the higher 2D resolution their cameras capture. Lytro will continue to face an uphill battle until the quality of the images they can produce are obviously better than those of the fakes, and that's going to be hard to do while keeping the costs down, as the most obvious answer would be to move to a larger physical sensor. With software and small sensors with broad depth of field, "Good Enough for the Web" is a tough enemy to fight, even though that's the battle ground Lytro's chosen.