The earliest commercial digital cameras were low-resolution, had poor dynamic range, and were expensive when compared to their film counterparts—but otherwise they brought with them analogous, if not vestigial, components from their film ancestors. Digital cameras fit nicely in a spectrum of high-end single-lens reflex models used by demanding professionals through compact point-and-shoot cameras that paralleled fully-automatic film cameras and which often shared similar physical structures with their 35mm brethren.

These similarities had practical reasons. Early digital cameras, and even some modern medium and large format cameras, are simply film cameras with the film holder replaced by a digital system designed to fit into the camera. Moreover, not only do the physical similarities minimize the adjustment phase of new adopters, but supporting a vast range of existing lenses means that users have an a broad range of options to choose from right away. While Canon and Nikon were the first companies to release highly capable digital single-lens reflex cameras at prices well-off amateurs could afford—in 1999, Nikon's D1 at $5,500 was a fraction of existing professional solutions; while Canon would release the competitive D30 in 2000 for $3,500, followed by its D60 and Nikon's D100 in 2002 for $2,000, and in 2003 the sub-$1,000 Canon EOS 300D—the wide availability of existing lenses was what caused legions of existing film devotees to switch to digital while maintaining brand loyalty. Even for new users buying into an interchangeable lens system for the first time, the established lines of lenses provided cost benefits—with a ready supply of rental and used lenses—and assurance that any investment in a camera would be sustained. In 2006, four of every five DSLR cameras sold was either a Nikon or Canon camera according to IDC despite a consortium of companies who had developed a new system, dubbed Four Thirds, specifically optimized for DSLRs in 2003.

While DSLRs had become cheaper, they were still more cumbersome than all-in-one cameras which had become ever more compact. Panasonic and Olympus developed a new standard based around the Four Thirds designed for cameras that would not provide an optical through-the-lens viewfinder, allowing for a more compact system. While cameras based on the Four Thirds standard had struggled to compete with the established systems, the first Micro Four Thirds cameras released from this revision appeared in 2008, gaining a first-mover advantage in a booming market segment. Each of Samsung and Sony wouldn't release their competing systems until 2010 while Nikon took until 2011. Canon waited until 2012 to announce its own system, by which time the market had grown to 50% of all sales in Japan, and nearly a quarter of all sales elsewhere (according to the industry group, CIPA).

This brings us to the release of the OM-D E-M5, but to understand why we've jumped in where we have, and not earlier, we'll need to rewind a little bit. I had an epiphany after hiking around a city all day, stopping only once to actually use my Canon EOS system to take photos. I made up my decision: with its superb low-light handling and excellent normal lens, I'd go out and buy the Sony NEX-7. What happened? Well, I got cold feet. The NEX-7 had a usability issue that seemed prevalent in that people would accidentally start recording movies. It also had a sensor even larger than my Canon EF-S-supporting DSLR, meaning its lenses were just as big and heavy—or would be, if there were a selection of them. I was torn, but as what I wanted was basically a range-finder with a normal lens, I figured I could make due with the Zeiss normal lens, and see what else would come.

Then the Olympus OM-D E-M5 arrived, with its weather sealing, fully customizable dials and buttons, and forty-four lenses to choose from when I looked compared to less than half of that for Samsung and Sony combined (and Nikon and Canon for that matter). I found the lens I really wanted, rather than the 50mm-equivalent Zeiss, when I really wanted something closer to 40mm and found it with the 35mm-equivalent Voigtländer Nokton which I can now relate empirically is tack sharp, albeit a bit hefty. With my mind flashing back to when a torrential downpour flooded my Canon 20D while visiting Tokyo, I was excited about the 24-70mm equivalent weather-sealed lens from Panasonic. If I wanted something less conspicuous, there's the 40mm equivalent pancake lens at a fast f/1.7. 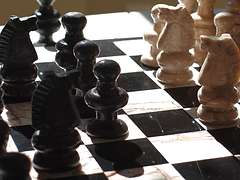 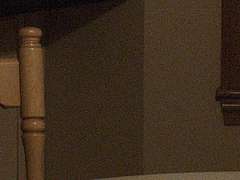 Now the OM-D E-M5 has a smaller sensor which normally means higher noise and reduced freedom in controlling focusing depth. The noise is wholly manageable up until ISO-3200. At ISO-6400 and above, you can still retrieve fully usable photos, but will need to apply more aggressive filtering. You can see from the 100% crop what the camera captures before any filtering is applied—unless you're doing heavy cropping, even this noise will be unlikely to cause you problems. The OM-D E-M5 produces smooth, natural but slightly less punchy images than to which I'm accustomed: 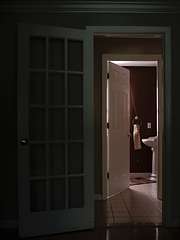 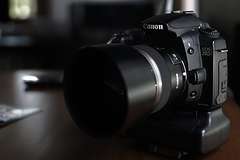 In this outdoor picture of sunflowers, the hummingbird feeder is in-focus. You can see the 100% crop that the bee is still distinguishable in the circle of confusion. 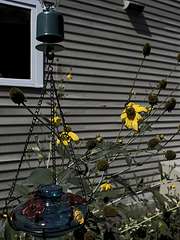 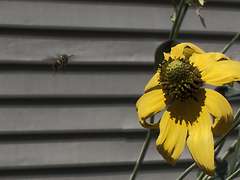 The camera itself is thoroughly enjoyable to use with a fully manual lens. While it doesn't have the edge-peaking of the NEX-7, it does have a very useful zoom function than can be directly mapped to one of the three available function buttons. Alternatively, you can map one of the buttons to a multi-function selector, which is intelligently designed to still keep functions just one button press away. 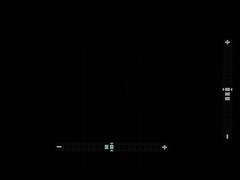 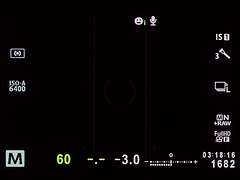 You can choose to rotate between various displays when composing, including an electronic level, histograms, or over/under exposure peeking. Unfortunately, you can't have multiple of these available at once—such as exposure peeking and the electronic level—and cycling can be tedious so it might be best to minimize the number of enabled options if there are one or two you find particularly useful. Similarly annoying is that you must manually exit magnify-mode before cycling through these options, and this is sometimes difficult to manage as it's not immediately obvious whether you're in magnify-mode and zoomed out or in the standard view mode. My current practice is to half-depress the shutter to break out of magnify and then change to level if necessary.

The autofocus is also incredibly fast to focus, but I've found it somewhat tedious to use at times. By default, there are simply too many autofocus points that, unless you're relying on the face detection, are very likely to be selecting the wrong one. I've found it much more enjoyable to use the manual-focus Nokton lens than rely on auto-focus.

While these are minor niggles, the camera is very impressive. Even the electronic viewfinder is more than suitable, which is a high compliment from someone who swore them off after using early Minolta bridge cameras. The problems with EVIL—electronic viewfinder interchangeable lens—systems have not completely been assuaged: an early city walk produced only 130 exposures on a single charge. Now, several things may have contributed to this disappointing number—including my spending quite a bit of time exploring settings and the camera rather than shooting—but forums discussing the battery life seem to indicate that 125-150 exposures on a standard Olympus battery are common without manually toggling the power between shots. Moreover, even at the official rating at about 330 exposures per charge means you'll need to carry three batteries for every one you'd carry for your DSLR, increasing both cost and weight. There is a useful sensor to switch from the rear display to the EVF when raised to the eye, but there doesn't seem to be any way of disabling the rear display and EVF together when not raised.

Portability, quality lenses, and even the classic styling make this a real joy of a camera. It's just a shame about the battery life.